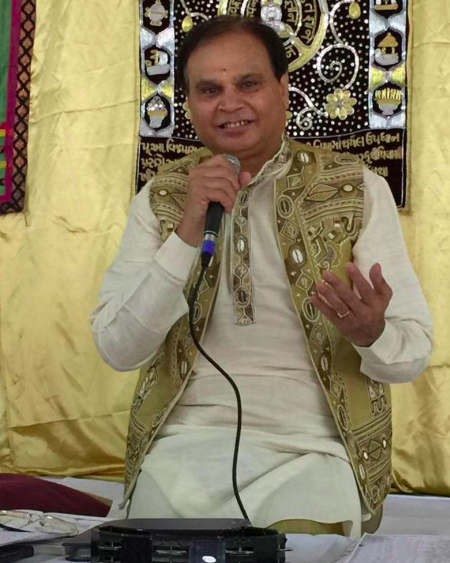 At a very young age he showed tremendous interest in community, sports and especially in vocal music. There he was successfully running a musical group called ‘Sur Mandir’ with the support of his friends and families as charity work but also to give opportunity to his juniors in the music industry. From there on has performed in professional events with the international artists and received many awards for as the best singer in 1973, 1974 & 1978. Also performed religious and charitable activities and raised large sums of money by performing as a singer.

Vijay Sheth was appointed as the youngest leader at Jain center ( Leicester temple). The Jain Samaj Europe (Leicester UK) is blessed with his religious services also he continues to perform all over UK (London , Manchester , Birmingham etc) with his wife Kiran who is also a singer. Vijay Sheth with his wife Kiran started Satsangs in different ways in the UK to attract the new generation to join and sing together Bhakti sangeet, Aarti and Garbas.

He has performed dramas as an actor, arranger and choreographer such as Mahavir Darshan , Hari Darshan, Chandanbala, Shripal Maina, Veer Mahavir, Mahavir ke Santaan, Kumarpal 's Aarti, (all religious dance dramas) and some comedies like Saasu Jamai Toba Toba, Goonj uthi Vansaldi etc Recently acted and organise the dance drama 'Illachi Kumar' which was a great success all over UK.

Also has produced many devotional CD Albums. Vijay Sheth delivered inspiring Bhavana Sangeet during the eight day of Paryushan Parv Mahotsav and Mahavir Janma Kalyanak Mahotsav at different cities in UK, India, Africa and USA.
Has acted as a secretary, an active community member and Area Chairman London of Jain Samaj Europe, UK. The Vice-President of " Vishva Kala Gurjari " (Appreciation and honourable work of Art and Kalaakar Trust)and Co-ordinator of Panchsheel Handicapped Services, UK (both based in Mumbai, India and at International Centres) 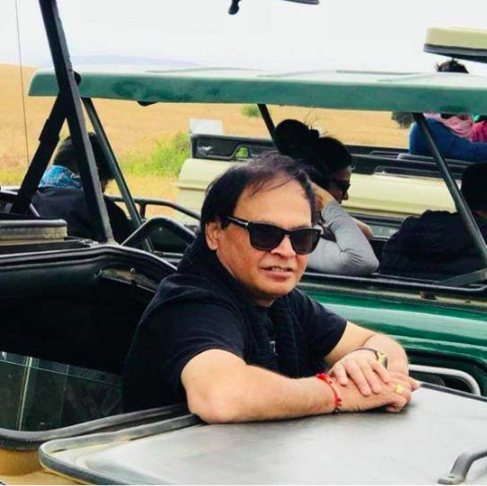 3 Patti films is a creative, education, production, exhibition and distribution centre commited to promoting the art of moving image.

We aspires to be a world class film centre in Mumbai that supports filmmakers, engages the community and expands the appreciation of independent cinema.